Since joining the smartphone race, Acer has garnered itself quite a reputation for offering products that strike a good balance between price and features. The Taiwanese company looks to continue this trend with its updated Liquid Jade 2 and new Liquid Zest series.], revealed at the Mobile World Congress (MWC) 2016.

First off, let’s take a look at the company’s latest flagship, the Liquid Jade 2. Much like its award-winning predecessor, it retains that same design language – looking stunningly sleek and slim. To make the device stand out, it comes adorned with a hairline brushed iron-grey back cover, treated with a metallic finish. It’s joined to the screen with a bold red silhouette highlight. Of course, we expected an extensive upgrade in terms of hardware and true enough, Acer has given the Liquid Jade 2 quite a large number of improvements.

In terms of hardware, the Liquid Jade 2 is powered by a hexa-core Qualcomm Snapdragon 808 processor coupled with 3GB of RAM. The processor may be a tad dated but it’s no slouch. It should be able to take on the latest games and handle multi-tasking without much of a problem. As for storage, the sleek smartphone has 32GB internal storage and comes with what is known as a hybrid storage – which seamlessly integrates local storage with cloud storage. This enables users to get an extra 1TB of storage. This hybrid storage seems to be quite similar to the one found in the Nextbit Robin, whereby unused apps will automatically be stored in the cloud. When we saw the Jade Primo at the Acer Windows 10 Showcase in Taiwan, it ran Windows 10. Well, Android fans can rejoice, as the new Liquid Jade 2 is really the Jade Primo but running Android 6.0 Marshmallow.

Seeing as the phone supports LTE Cat.6 and 802.11ac dual-band MIMO wireless connectivity, uploading, downloading and accessing files store on this cloud storage shouldn’t be too much of a hassle.

Sitting under the 2.5D Corning Gorilla Glass screen is a 5.5-inch Full HD AMOLED screen. Being a AMOLED display, users can expect vibrant and crisp images. Much like Acer’s other devices, the Liquid Jade 2 also supports the full NTSC colour gamut and this enables it to produce colours that are more accurate and true-to-life.

Photography wise, the Liquid Jade 2 packs a whopping 21MP main camera with Phase-Detection Autofocus (PDAF). It supports up to 4K video recording and has a dual-LED flash. On the front of the device lies an 8MP camera that supports 84-degree wide angle capture and also has a “Pause N Shoot” selfie mode that automatically detects the user’s face and starts a countdown.

As of time of writing, Acer has not officially announced the price or date of availability for the Liquid Jade 2. Other than the Liquid Jade 2, Acer also unveiled two new devices that falls under the Liquid Zest series of smartphones – the Liquid Zest and Liquid Zest 4G. Both devices are designed for users looking to perfectly balance a social and active lifestyle.

Both devices essentially look the same and both feature a very functional and compact design. However, despite its “compact” form factor, the duo sports a 5-inch HD IPS display. Once again, the display features Zero Air Gap technology, On-Cell Touch technology and also Acer’s BluelightShield. Both 3G and 4G variants of the device come with an 8MP f/2.0 auto-focus main camera and 5MP wide-angle front-facing camera. Hang tight for a quick hands-on with both devices later. 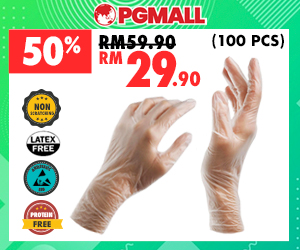